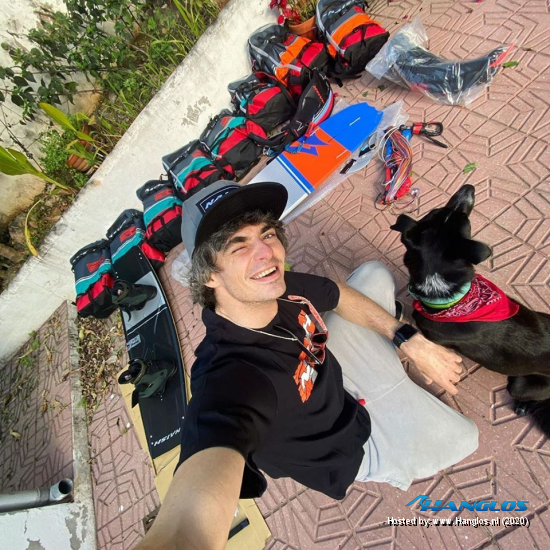 Naish Kiteboarding comes into a new decade with fresh new additions of kiteboarding’s super talents to the International team along with new members to the Product Design, Brand Development and Marketing teams on Maui.

With the new year, Naish International also announces that after nearly two decades of sponsorship, Kevin Langeree and Naish will be parting ways.

“Kevin has been a great ambassador to both the Naish brand and to the sport as a whole,” states Naish owner Robby Naish. “He is a good friend and we wish him well in his future both on and off the water.”

As a former PKRA World Champion and three-time winner of Red Bull King of the Air, Kevin has been at the top of his game for a long time and shown the performance potential of Naish kiteboarding products year-after-year. Naish’s Brand Manager Scott Trudon adds, “It is with mixed emotions that we say goodbye to one of the sport’s true icons but we welcome the opportunity to shift our energy and support to the next generation.”

As a veteran of the sport, Kevin will move on to pursue other career opportunities and life goals. Naish International will continue to focus its professional sponsorships on young and energetic team riders from around the globe who are pushing the sport forward into the future.

For the upcoming 2020 year, the Naish International team will be growing with some of the worlds top upcoming riders as well as former Freestyle World Champ, Belgian Christophe Tack, who is looking to build momentum in 2020 after a podium finish at the GKA World Tour in Dakhla, Morocco – his first GKA event in nearly six years. Christophe joins Naish veteran Ewan Jaspan who fresh off his 2019 KPL World Title looks to keep his momentum building into 2020. Ewan’s plans include vying for a spot in the 2020 Red Bull King of the Air, defending his title on the KPL, working on film projects and taking on a more active role with Naish’s product development, working hands on with our design team.

Additionally Naish is graduating a number of their national riders to the international ranks for 2020:

Naish Team Europe will again be producing some of the best up-and-coming talent for the 2020 season as well. In this new decade we are looking forward to exceeding our goals with renewed energy and enthusiasm in product development, marketing and our growing world class team!