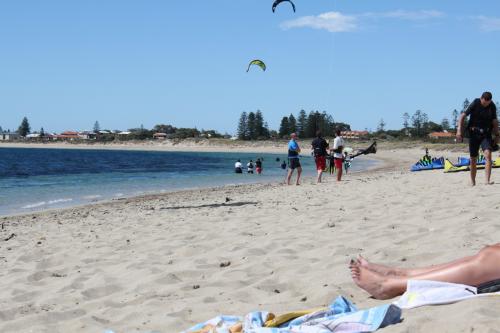 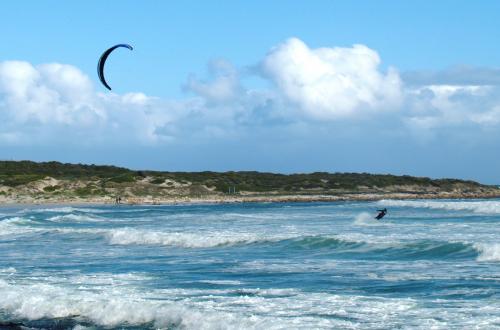 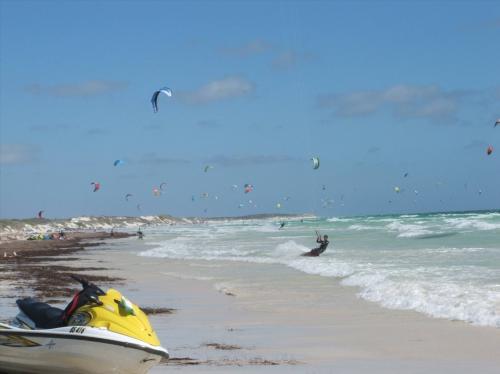 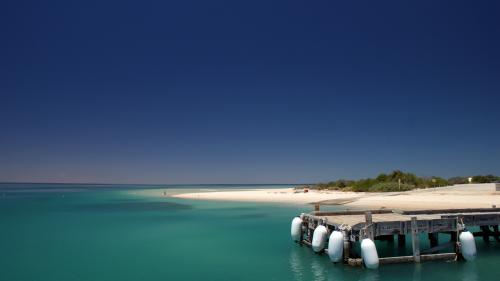 Scarborough beach is a nice sandy beach in the town Scarborough near the big city Perth. Bars, restaurants, shops and hotels are close to the beach. Perth International is the most nearby airport. There is also public transport to the beach.

The high season is from november till March. The spot can be crowded these months. There are enough options to stay in different hotels for all different kind of price classes.

The waves make a spot a perfect surfspot. During the day you can go shopping in Perth or go to a nice restaurant. Some of these include Chinese, Indian, Japanese, Malaysian, Korean, Italian and Polish cuisines. Many others can be found throughout Perth. Delizioso cafe in Perth has been awarded the title of World's Best gourmet <a href="#">pizza</a>. At night you can drink something at the nearby bars. In Perth the Nortbridge in the city centre is the place to be.
The Western Australian Museum holds an extensive display of Aboriginal artefacts as well as numerous zoological and social exhibits.
The new (2002) Western Australian Maritime Museum in Fremantle displays maritime objects from all eras and includes a former Royal Australian Navy submarine. It also houses Australia II , the yacht that won the Americas Cup in 1983.

Perth receives moderate though highly seasonal rainfall. Summers are generally hot and dry, lasting from late December to late March, with February generally being the hottest month of the year, making Perth a classic example of a Mediterranean climate. Summer is not completely devoid of rain with sporadic rainfall in the form of short-lived thunderstorms, weak cold fronts and on very rare occasions decaying tropical cyclones from Western Australia's north-west which can bring significant falls. The hottest ever recorded temperature in Perth was 44.5 °C (112.1 °F) on 26 February 1997, although Perth Airport recorded 46.7 °C (116.1 °F) on 23 February 1991.
Winters are relatively cool and wet, with most of Perth's annual rainfall falling between May and September, although this has declined steadily over recent years. The coldest temperature recorded in Perth was −0.7 °C (31 °F) on 17 June 2006. The coldest temperature within the Perth metropolitan area was -3.4 °C (25.9 °F) on the same day at Jandakot airport. Even in mid-winter, maximum daytime temperatures only rarely fall below 16 °C (61 °F). Though most rainfall occurs during winter, the wettest day ever was unusually on 22 January 2000 when 104.0 millimetres (4.09 in) fell. On most summer afternoons a sea breeze, also known as "The Fremantle Doctor", blows from the south-west, cooling the city by up to 15 °C (59 °F).

Scarborough is often spelt 'Scarboro' by local residents, one particular example being the Scarboro Surf Life Saving Club (SSLSC). Scarborough Beach is one of Perth's most popular beaches, popular with sun-worshippers and surfers alike.
Scarborough beach is also home to the Australian national lifesaving competition (Aussie's) for the years 2007, 2008 and 2009 which is expected to boost tourism and visitor numbers to the area. Along the beach front are many cafes, fast-food restaurants and a couple of pubs. There is also a large Coles supermarket.

The water is cristal clear. The waves are not big. During the summer you dont need a wetsuit, in the winter you do. Watch out for swimmers and surfers!

On most summer afternoons a sea breeze (thermical), also known as "The Fremantle Doctor", blows from the south-west, cooling the city by up to 15 °C (59 °F). The best wind months are Januari, Februari, March, November and December.

There are some kite schools. There are some showers and toilets if you need them. Besides that it is possible to eat something on or near the beach.

Because the coastiline is so big and the beach is mainly from sand almost every option for a downwinder is available. The side-on shore wind makes a downwinder from south to north perfect.