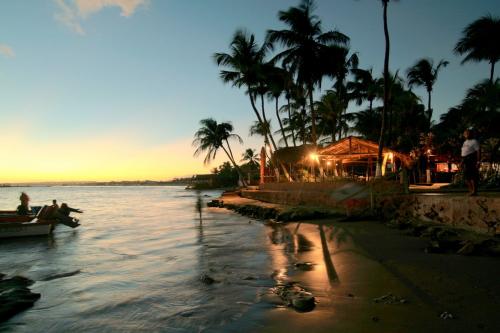 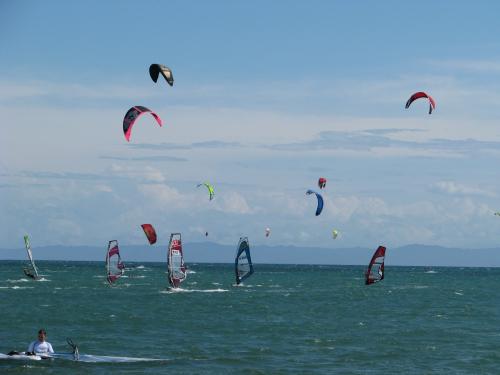 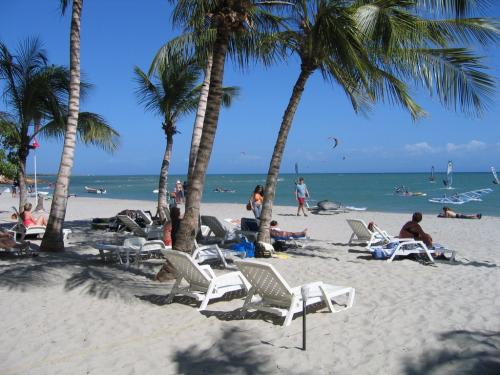 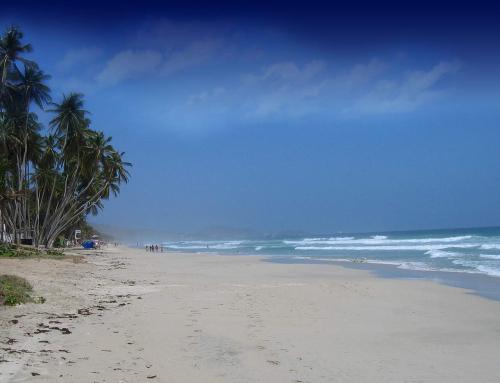 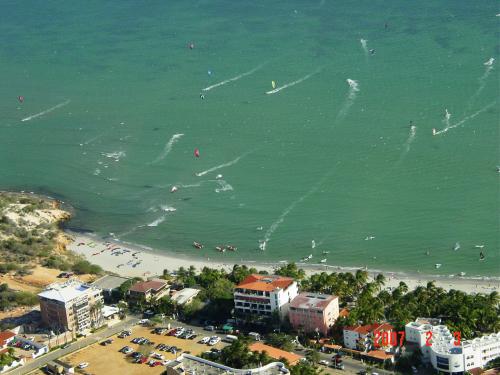 El Yaque is the main kitespot on Isla Margarita. Isla Margarita is a beautifull Island from Venezuela. Isla Margariata or Isla de Margarita is the largest island of the Nueva Esparta state in Venezuela, situated in the Caribbean Sea, off the northeastern coast of the country. The state also contains two other smaller islands: Coche and Cubagua. The capital is La Asuncion, located in a river valley of the same name. Primary industries are tourism, fishing and construction. Its population is about 420,000.

Playa El Yaque (El Yaque Beach) is internationally known as one of the seven best locations in the world having ideal conditions for kitesurfing, attracting enthusiasts from all over the world, especially from Europe. It displays a row of hotels, shops and restaurants close to the beachfront, featuring a wide range of facilities and sport gear.

The beach is located in the south side of the Island, about three kilometers away from the island's International Airport. The trade winds blow steadily at 15 to 30 knots during most of the year, and the shallow sea extends south of the beach for several hundred meters, allowing kitesurfers to stand on the flat sand bottom. As in most of the Carribean, the water is usually between 21°-27°C, warm enough to allow kitesurfing for hours wearing just a swimsuit or a bikini. On a typical day, up to one thousand wind/kitesurfers may be seen sailing at a given moment, along with practitioners of other similar water sports.

Isla Margarita offers allot of hotels. These hotels/accomodation are a littlebit more expensive than the Venezuelan standards.

Isla Margarita is the perfect place for all watersports. You can also rent a car en explore the whole island. You can:
- go wakeboarding
- go shoppong on the local markets
- make a island tour
- go Dcuba diving and snorkeling
- do horse riding
- make jungle tour
- go to the aquapark
- go karting
- make differt kind of boattrips
- do trips to the mainland
- etc.

The climate on Isla Margarita is very sunny and dry with temperatures from 24 to 37°C.

Though Venezuela is entirely situated in the tropics, its climate varies from humid low-elevation plains, where average annual temperatures range as high as 28°C (82 °F), to glaciers and highlands (the pÃ¡ramos) with an average yearly temperature of 8°C (46 °F). Annual rainfall varies between 430 millimetres (17 in) in the semiarid portions of the northwest to 1,000 millimetres (39 in) in the Orinoco Delta of the far east. Most precipitation falls between June and October (the rainy season or "winter"); the drier and hotter remainder of the year is known as "summer", though temperature variation throughout the year is not as pronounced as at temperate latitudes.

There are at least 50 unique and magnificent margarita beaches which are scattered along a 106 miles of coastline. Its location as an island in the Caribbean sea offers lots of beaches to explore which range from crowded to solitary and most of them virgin. Playa El Agua, in the north, is the most popular with 4 km of fine sand. Playa El Yaque is internationally known as an excellent location for wind and kitesurfing. Playa Parguito, Playa Caribe, and Playa Punta Arenas are also popular beaches. Many resorts cater to the international, Carribean-loving crowd, especially from European countries. The beach of Playa Puerto Cruz is one of the most popular with tourists.
Because the beach is so crowded there is a special place for kitesurfers to launch and land kites. This area is not very big. Be carefull for trees (and some rocks) and people walking on the beach.

As in most of the Caribbean, the water is usually between 21°C-27°C, warm enough to allow kitesurfing for hours wearing just a swimsuit or a bikini. the shallow crystal clear sea extends south of the beach for several hundred meters, allowing kitesurfers to stand on the flat sand bottom.

The trade winds blow steadily at 15 to 30 knots during most of the year. The best months are from oktober till the end of july. Near the beach the wind can be gusty what makes launching and landing diffucult. The wind is side shore from the left.

El Yaque offers you some schools. There is rescue (it will cost you something like 20USD). There are enough places to eat and drink, take a shower or use toilets.

You can enjoy some trip opportunities.

Coche:
On almost 20 min by boat is the island Coche. Different kite centres organise daytrips with lucn and drinks. A long streched white sand bay with off shore wind makes the water super flat. Local fishermans take care of the rescue with their boats. These conditions are perfect to train you tricks!

Cubagua:
There are also kitetrips to Cubegau. It is 40 min by boat. A long streched bay with side shore wind from the right. Crystal clear blue flat water makes kiting there really worthwile.

La Restinga:
On 30 min by car from El Yagque you will find a alternative kitespot for El Yaque. When the conditions on El Yaque are too hard you can go the the 25km long sandbay with constant cross on shore wind from the right and up to two meter waves.

La Guardia:
15 min more downwind at the beginning of the bay from La Restinga you will find a big sand beach with side shore wind from the right. Ideal conditions to practise on a unexplored spot.

Los Rocques:
On 1 hour flying from El Yaque you will find an amasing island group in the Carabian. You can go with small shuttle boats from the mainisland Gran Rockey to the manny surrounding little islands.
The water is beautifull and you can ride the waves near the reef. You need some experience to join this trip.