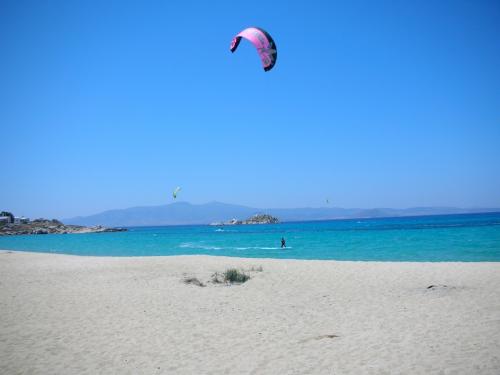 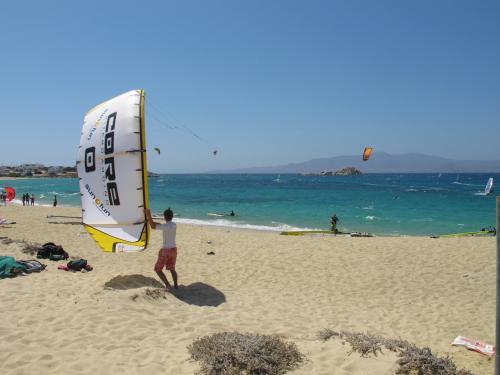 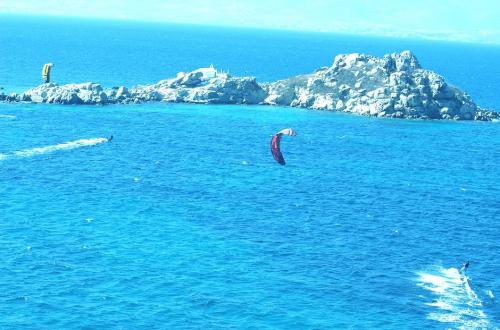 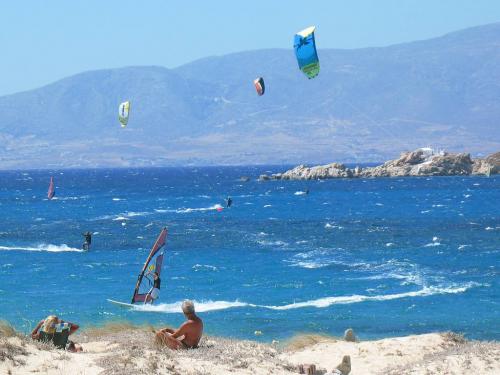 Greece , officially the Hellenic Republic, is a country in southeastern Europe, situated on the southern end of the Balkan Peninsula. The country has borders with Albania, the Republic of Macedonia and Bulgaria to the north, and Turkey to the east. The Aegean Sea lies to the east and south of mainland Greece, while the Ionian Sea lies to the west. Both parts of the Eastern Mediterranean basin feature a vast number of islands, islets and rock islands.

Naxos is a Greek island, the largest island (429 km2) in the Cyclades island group in the Aegean. It was the centre of archaic Cycladic culture. The island comprises the two municipalities of Naxos and Drymalia. The largest town and capital of the island is Hora, sometimes called Naxos City, with 6,533 inhabitants. The main villages are Filoti, Apiranthos, Vivlos, Agios Arsenios, Koronos and Glinado. Mikri Vigla is a small village on the Greek island of Naxos famed for its nearby beaches. It is located about 18 km south of the city of Naxos.

The seasons and Accommodation info

The best months to visit Naxos are May-October. There is enough choice in accommodation on Naxos, even in Mikri Vigla (check out the links).

The climate in Naxos Greece is similar to the one in the other island of the Cyclades. It is a typical Mediterranean climate characterized by mild winters (10-15°C) with low rainfalls and hot, dry summers (25°C). Like all the Cyclades islands, weather Naxos is exposed to the “meltemia”, the strong winds blowing from the north during summer and gets really strong during middle of July until middle of August. Because Naxos Island is located in the middle of the Cycladic group, it is even more exposed to those winds, which make it an ideal island for kitesurfing and explain why it is so popular among kite- and windsurfer, who come to Naxos from all around the world. As an island surrounded by the sea, the climate in Naxos is quite humid.

This sandy beach is medium sized. There is enough space for save launching and landing (in front of the school). During the summer the beach can be crowded, so watch out for bystanders.

The sea is crystal clear with a warm temperature. The water is flat to choppy and pretty shallow areas. Outside the bay you can ride some small waves.

The thermal wind is called the Meltemi. This wind mainly blows during the summer season from the north and is sideshore to sideonshore. Not only the summer is windy, the period May-October is the best period to kite on Naxos. The bay on this spot has some of the strongest winds in the Cyclades, created by a venturi that is formed by the squeeze caused by Naxos and the neighboring island of Paros. Very often, it's 4/5 Beaufort in the bay and only 2 Beaufort all over the island of Naxos. It can blow very strong, up to 6 Beaufort, and it can be very gusty too.

Most of the facilities you need are available on this spot, like a school, a shop, toilets, food, a parking and accommodation right at the beach.

The nearest town is Mikri Vigla. The nearest big city is Naxos Town. The nearest international airport is Athens. You can fly with Olympic Airways or Hellenic Star to the airport of Naxos. You can also take the ferry from Athens to Naxos.